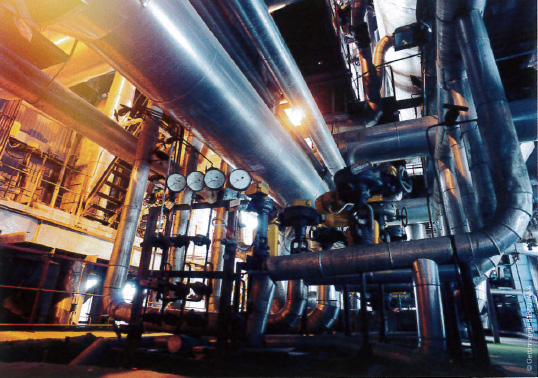 The increasing integration of renewables into the electricity grid leads to increasingly fluctuating supply, which demands increasingly flexible consumers (demand side management), especially in the energy-intensive industry. The manufacturing industry is often not designed for this flexible operation, since storages (electric, thermal, etc.) and energy conversion components needed for demand side management (Power-to-Heat preferably by heat pumps for waste heat utilisation) are not yet standard. Furthermore, most energy supply systems in industry have conventional automation and process control systems. As a result, these systems are not operated optimal(especially not real-time, predictive and holistic) in terms of lowest CO2 emissions, maximisation of self-consumption of renewables, lowest operational costs, etc. At the same time industry has to reject much heat, which from a technical point of view could be utilized by high-temperature heat pumps for up to 150 °C.

The primary goal of EDCSproof is the online, predictive and holistic, reconfigurable control concept for industrial energy supply systems, which supports the integration of renewables by using (thermal) energy storages (TES), works as flexible consumer for electric grids (demand side management considering dynamic tariffs), increases efficiency by optimal control of the overall system, and utilizes waste heat by using high-temperature heat pumps (HTHP, < 150 °C), hence showing a future concept for decarbonizing using the possibilities of digitalization. This also includes a user-friendly human-machine interface for efficient input of production plans, visualisation of current and predicted plant states, and possible intervention by operators and managers. The first holistic integration of HTHP and novel TES into the online, predictive control concept needs adequate, fast and accurate simulation models, improved by experimental tests of TES and HTHP. The innovative overall concept is tested and improved in the laboratory (missing units emulated) for representative use cases. In parallel, the scalability and potential use for other processes and industrial sectors are determined in a techno-economic and ecological assessment.

The expected project result (as part of the NEFI thematic model region) is a widely applicable, cross-sector energy concept for subsequent implementation at the sites of the project partners as well as for a huge majority of companies. The energy efficiency and thus the competitiveness of the producing industry will be increased, the share of renewable energy will be supported, and the pioneering role of Austria strengthened. In addition, plant engineers, automation experts and technology manufacturers will benefit by additional business cases in long term.

EDCSproof develops a future concept for the decaarbonization of industrieal energy supply systems through the possibilities of digitalization. The focus is on online,  predicitive and holistic, reconfigurable control. The concept is optimized in the laboratory, its scalability and application possibilities for different branches of industry are examined in a technicaleconomic and ecological evalution.

The expected project result is a broadly applicable, cross-sectorl energy concept for subsequent implementation at project partners site and for a large majority of companies. Energy efficiency an d thus the competetiveess of manufacturing industry will be increased the share of renewable energies raised and Austria's pioneering role strengthened.